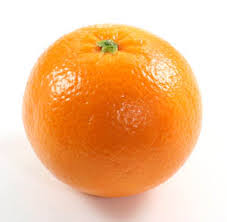 Oranges are a type of citris fruit that you can harvest from Trees.

Oranges, (specificaly sweet orange) first orginated from South East Asia at around 2500 BC/BCR. Orange trees are the most cultivated trees since 1987.  They are sometimes mistaken for the color Orange.Some people get a litle grid witch is a litle spit up. The inside of a orange is orange.most people like oranges becuase there.

Probably originating in Southeast Asia,[4] oranges were already cultivated in China as far back as 2500 BC. Arabo-phone peoples popularized sour citrus and oranges in Europe;[5] Spaniards introduced the sweet orange to the American continent in the mid-1500s.

Orange trees have been the most cultivated tree fruit in the world since 1987.[6] Orange trees are widely grown in tropical and subtropical climates for their sweet fruit. The fruit of the orange tree can be eaten fresh, or processed for its juice or fragrant peel.[4] Sweet oranges currently account for approximately 70% of citrus production.[7] In 2010, 68.3 million metric tons of oranges were grown worldwide, production being particularly prevalent in Brazil and the US states of California[8] and Florida.[9]

Retrieved from "https://natural.fandom.com/wiki/Oranges?oldid=8213"
Community content is available under CC-BY-SA unless otherwise noted.